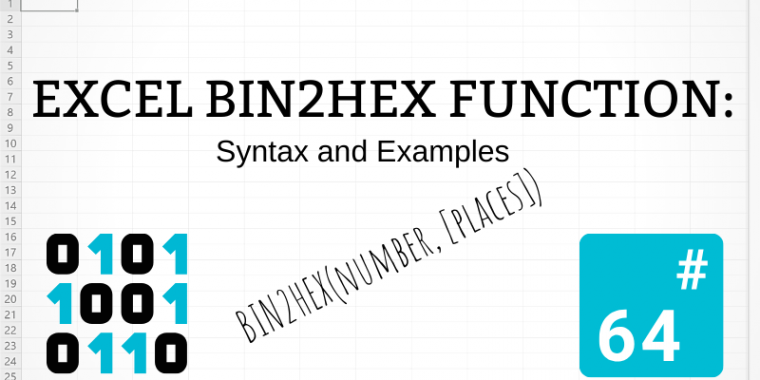 The BIN2HEX is an Excel engineering function that converts a binary number to a hexadecimal number. It is one of the oldest Excel functions, so it can be used even with Excel 2003.

Note: Other conversion functions are BIN2DEC (binary to decimal), BIN2OCT (binary to octal) and HEX2BIN (hexadecimal to binary)

[number]: The binary number that you want to convert. Note that there’s a limit of 10 characters i.e 10 bits.

[places]: How many characters should the output contain. If omitted, minimum number of characters necessary will be used.

Most common errors with this function are:

The easiest way to reverse it is to use a built-in Excel function- HEX2BIN. It works the same way.

More Examples and Use Cases

We don’t have any use cases for this formula on our website at this moment but will link them below once we have. Stay tuned!